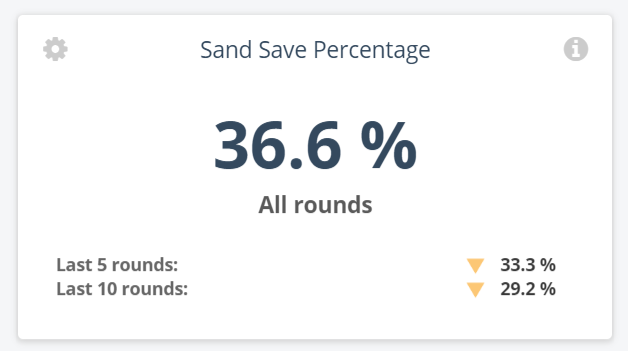 A sand save in golf is defined as:

“The percent of time it takes a player to get the ball ‘up and down’ from a greenside bunker, regardless of score”.

It is a useful statistic to measure a player’s short game ability from the sand, but it has a few major downsides:

We would also recommend to look at a players’ strokes gained from a greenside bunker . The SG variables are able to isolate the bunker shot on its own, and therefore is able to capture the nuances that are otherwise missed.

Did this answer your question?